Dear Friend of Show-Me,
PROGRESS. It is an essential ingredient to transform STRUGGLE into SUCCESS. If we are ever to leap from “what is” to “what could be,” progress is the small steps we must continuously make. As Winston
Churchill said, “continuous effort—not strength or intelligence—is the key to unlocking our potential.” 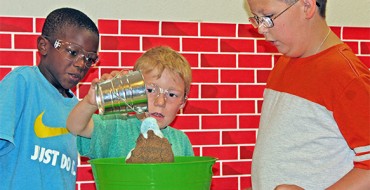 the smallest of lives reminded me of this truth. As we heard “Timmy’s”* name called out at the school awards ceremony, most of us in the audience began to tear up. Our cheers turned into a standingovation as he proudly made his way across the stage. His notable smile widened as he received the “Mr. Progress” award, a special honor given to the student who makes the most progress in a school year.

What an inspiring moment for a child! The opportunity to see his struggle turn into success! It was the culmination of an eight-year battle to overcome his continuous behavioral and learning issues. His teachers and Show-Me parents had exhausted many great ideas to try to help the
little guy. Nothing seemed to work to control his anger and hyperactivity. Timmy seemed to cause so many “problems” that it was easy to lose sight of the many problems he was trying to solve in his young life.

One Child’s Story: Timmy
Only three years old, Timmy, with his Mom and five young siblings, fled an abusive home and ended up at a women’s shelter. Knowing it was no place to raise kids, the ministry counseled Mom and told her of Show-Me. She hoped to place her children there for only a short time while the shelter helped her get back on her feet. Soon, that plan unraveled and mom ended up in jail. Not the ending we all hoped for, but at least the children could remain together. In the safety and stability of Show-Me, they discovered their academic, artistic, and athletic talents. They continuously earned Honor Roll and achieved numerous awards.

Each of the siblings found a way to thrive…except Timmy. He began to believe that he might never overcome his struggles. His “problems” were interwoven. Struggles in school led to acting out at home. The only way to solve one problem was to help him understand and deal with them all. 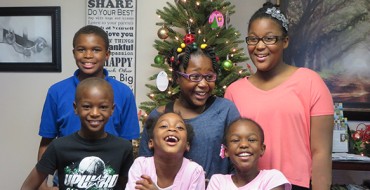 We approached his issues together from all angles.
• Counselors helped him to understand and talk about his past.
• His houseparents created an environment in which he could thrive with consistency and routines. Breaks were added to his studies so he could go outside and run out his extra energy.
• Our self-paced school gave him structure to focus and minimize distractions.
Feeling the love of so many people who believed in him and his future, something clicked! With an amazing attitude, congenial spirit, hard work and determination, Timmy is now embracing a new role for himself and finding success.

How can a child transform struggle into success? The number one factor is a team of support that never gives up. And, that’s exactly what Timmy had in his corner. A team, including YOU, who believes in each child’s potential and is ready to invest in their success. To challenge YOU to be a part of the next child’s team, an anonymous donor has offered to match your gift to Show-Me this summer. Every gift received by July 31st will be DOUBLED – up to a total of $20,000!You can make your donation here! So, let’s create more moments like these for the “Timmy’s” who haven’t had that moment, yet – a moment that makes an impact for a lifetime.
Thank you for believing in each of these young lives and being part of their team. With your support, together, we can turn their STRUGGLE into SUCCESS!

Awaiting the next moment, 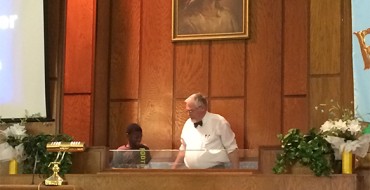