We are so pleased to be able to host this annual tournament again! Please be sure to read through the  precautions we are taking to help protect players and the residents of Show-Me at the bottom of this page.

This year’s tournament will be held on March 25th.

Get your teams together and head our way for some friendly competition.

Many of you have participated in this tournament year after year.

It has become a highlight of our Spring here at Show-Me. Don’t wait to register your team, slots fill up fast. We can’t wait!!!

If you have any questions, please email Judi at judi.crawford@showmekids.org.

To register and pay for your team online, go here.

To register your team and mail in your payment, go here.

Developing the Foundation for Lifelong Victories

Winning will never be the goal of the Show-Me Christian School Athletic program. Angel teams have reached the heights of state championships and the lows of finishing a season without a single win. Yet, every year, players achieve priceless victories.

Sports provide many benefits to any child; for a child growing up at Show-Me, it can be the catalyst to victory over issues they struggle with in school, at home, or in their adult life.

An Ideal Training Ground for Life

Athletic participation breeds success where traditional methods fall short: motivating a child, understanding abstract concepts, and seeing the results of perseverance. As one housedad explained, “My teenage daughter gets frustrated because she can’t always see the gradual growth she is making in her life. Sports gives her a measurable way to see the progress. When she first arrived, she couldn’t dribble a basketball. Now, she is a starting player on the varsity team.”

The structure of team practice and coaching mimics Show-Me’s family model of restoration. At home, the child may still unconsciously revert to emotional barriers to protect themselves. On the court, the player is more open to listen to the coach’s instruction because there is no negative past to overcome.

Sports directly addresses many of the root problems caused by their previous environment. Exercise is a natural way to reduce anxiety and depression. Working out daily, kids eat and sleep better. This leads to better memory and improved concentration. Physical activity provides a child a safe outlet to let out their anger or energy.

Being part of a team gives young people an edge over their peers in areas beyond physical health. Through the discipline of practice, they develop lifelong skills of self-control, responsibility, goal-setting, and time-management. Working with teammates forces them to communicate, trust others, and learn to control their emotions. Each player brings a different value to the team. But, for the team to reach its full potential, each individual must know and do his or her part. Following the guidance of coaches, all players must move in the same direction, toward the same goal.

Games provide a snapshot of the unfair, competitive adult world they will face. Referees will miss a call, people will foul, and they will sometimes miss a shot or fail. Sports is another opportunity for Show-Me to coach and walk our young people through the numerous kinds of challenges all adults must navigate. By experiencing them now, they can safely fail and learn how to overcome them, rather than have them derail their life as they face them alone as an adult.

The Spark To Ignite a Life of Success

Academics, athletics, and the arts are the places most kids first discover they have talents. Once they realize success in one area of their life, it flows into all areas. That first discovery is critical in developing self-confidence and the courage to try new things.

“Before coming to Show-Me, the only place that most of our kids can find these opportunities is at home or in school,” stated Director Chad Puckett. “Unfortunately, there is little chance finding it at home because of the dysfunction. If a child does not find it in academics, they can feel they have no value.”

Part of the restoration process is ensuring each child knows they have value and God-given gifts. The school offers programs in music, arts, drama, and sports to  provide avenues of discovery.

For many, Show-Me is the only chance they have to be part of a sports team. Most kids arrive at Show-Me never having played on a team and without basic skills. Although not mandatory, every child is encouraged to participate in sports and join a team starting in 5th grade.

The sports program has evolved over the decades from pick-up games on the front lawn to informally arranged matches with other small schools. Uniforms consisted of whatever resources could be found. Names and numbers were ironed on to donated jerseys. Games were held at other local schools’ fields or at the Show-Me multi on a hard linoleum floor marked with tape.

In 2015, Show-Me joined the Missouri Christian School Athletic Association (MCSAA). The Angels now compete in a 16-game schedule against six other Christian schools in the MOKAN conference. A state tournament is held at the end of each season in Joplin, MO, to determine the state champion and give out awards.

Championships once only seemed a dream in 2016. Across every sport, each team has finished their inaugural season with a losing record. The girls volleyball team did not win a single game their first season. Yet, as one player encouraged her coach at the end of season, “winning does not matter compared to the things we have been through in life.”

In fact, losing may be the best thing that could have happened. “You learn a lot more from losing than winning,” stated Director Chad Puckett. “You find out who you are and what you value.”

The experience united and motivated the girls. Many of the older players took on leadership roles and began mentoring their younger teammates. The players used any extra moment they could to practice including during their school breaks. Their determination was rewarded as each season they won more and more games. In 2019, the girls team saw their dream become a reality when they won the state championship in volleyball.

The secret to their success didn’t lie in their individual skills, but in the bond of their team. The more the team played as one, the better the results on the scoreboard. The attitude of one player could build or break that bond.

“Our coaches taught us that we have to be intentional in our encouragement,” stated Sadie, a senior on the team. “This experience has the potential to shape and mold us in either a positive or negative way. We determine if we are going to waste it or use it to turn us into something beautiful. We are going to work hard either way.”

Having an attitude of encouragement has been a hallmark of Show-Me sports. Numerous times since joining the MCSAA, Show-Me has won the MOKAN Conference Sportsmanship award, given to the team whose players have most reflected Christ-like attitude and character both on and off the court.

The growth of the sports programs not only has impacted the players, but it has become a focal point of pride and motivation for the bigger Show-Me community. “Kids do not always take pride in academics, but they do in sports and for their team,” stated R.J. Bachtold, a teacher at the school and Show-Me Athletic Director. “You can see that sense of pride in the students as they walk past the Angels logo going from their locker to their classroom.”

The benefits of their athletic experience will remain long after they have taken off their Angels jersey for the last time. The challenges they face as adults will not be so daunting as they remember that with hard work, practice, coaching, and a team of support surrounding them, that victory is possible!

The past few weeks have been busy for the students and teachers of the Show-Me Christian School. We have celebrated both their academic and athletic accomplishments from the past year. Nearly all of our students participate in organized sports here at our main campus in La Monte. This past year, we had teams that competed in Girls Volleyball, Boys and Girls Basketball, Archery, Track & Field, and Girls Softball. Our annual athletic banquet honored all of the hard work each of our athletes put in throughout the year. Some of our feature awards were: giving out six new varsity letter jackets, scholar athlete awards, given to students who participated in three sports while maintaining a 3.0 grade average, and we honored our Girls State Champion Track  & Field Team from 2017 with a special commemorative plaque.

We also honored all of our students at our annual academic banquet. During this banquet, each student is recognized with a Christ-like character trait. Teachers evaluate each student’s performance throughout the year, choosing the trait that the student most showed throughout the year. Each student really looks forward to hearing the trait each of their teachers sees in them. Some of the other honors given throughout the evening include: Supervisor’s Student award, given to the highest performing student in each classroom, three new inductions into the National Christian Honor Society, given to high school students who achieve not only high grades, but maintain high character, and Bible Memorization medals are given to students who memorized every monthly memory verses. 41 out of 45 of our students earned this medal.

We are proud of all of our kids, and all of their God-given talents! We cannot wait to see what the next school year holds. 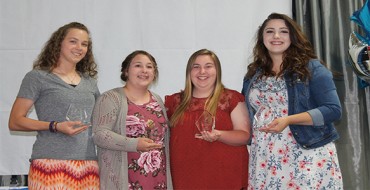 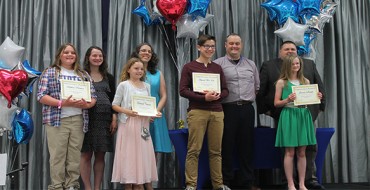 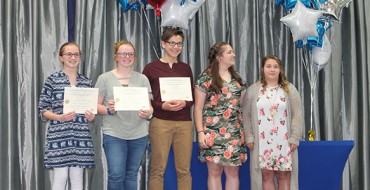 The NCAA may have it’s March Madness, but church basketball teams in the Midwest will not be left out. The Troy Culler Memorial Basketball Tournament sponsored by Show-Me Christian Youth Home will give players of all ages the opportunity to compete.

This is the 13th year for the tournament held in La Monte, MO at Show-Me Christian Youth Home.  Eight teams from Missouri, Kansas & Iowa compete in a double elimination tournament.

Due to popular demand, Show-Me Christian Youth Home, will hold two tournaments at our main campus in La Monte, Missouri on:

This tournament started in memory of Troy Culler, a Show-Me’s employee, who died in a car accident in June of 1998.  Troy was an avid sports fan and athlete, having been a member of the Central Missouri State University Mules 1990 MIAA Baseball championship team.  He had run the Show-Me basketball tournament a few times himself.  After his death, Development Director, Phil Marley and Executive Directors, Gale & Karen Culler continued the tournament as a way to honor Troy.

The dedicated teams make a special effort to be a part of this tournament. Forum Christian Church from Columbia, Missouri has played in the Troy Culler Memorial Tournament for over 10 years.   Grinnell Christian Church team members travel all the way from Grinnell, Iowa to get their shot at winning the trophy.

Teams will be seeded by their placement in the tournament last year and then in the order that your $150 tournament donation is received. It is desired that players are associated with the church or ministry for which they are playing. This activity can be an excellent tool to disciple new Christians, but we will rely upon your best judgment in recruiting players.

These tournaments fill up fast so if you are interested, please contact me at 660-909-3294 or judi.crawford@showmekids.org. We look forward to this opportunity to meet the players, their families and fans.