Building on Foundations of Faith

God’s timing: perfect!
Praise God for His incredible provisions and how He shows His faithfulness through His people! Let me share with you what has taken place in His ministry at Show-Me in the last couple years.

As we celebrated Show-Me’s 50th Anniversary in 2017, we reflected on our Father’s provisions and captured the momentum to “Rescue and Restore Even More.” We launched a capital campaign to add new homes, upgrade water systems, expand satellite campuses, and enlarge the Christian School after building a new office.

God’s people responded enthusiastically to get this off the ground. A donor in Minnesota made the initial deposit into the campaign of $250,000. Then, the folks at Greentree Christian Church in Rolla, Missouri, chose Show-Me for their 2017 Thanksgiving offering, contributing over $130,000. Soon, ground broke for an additional home at the La Monte Campus, while plans were finalized for the water treatment programs.

Weather complicated the extensive excavation needed for the new home at the La Monte campus, completed by Bruce Morton of Morton Custom Contracting in Sedalia, Missouri, at a greatly reduced cost. As this preceded, Forum Christian Church in Columbia, Missouri, approached Show-Me about funding and constructing the walls needed for the home.

The Homes for Hope program enables the congregation to build the walls in eight-foot sections in their parking lot, to be transported here and assembled on site. They slated this project for June, 2019. Again, God’s people come through!

Campus-community: expanding!
Realizing that the Show-Me program works best in a campus community, we launched into the development of the Drysdale
campus. Ground broke for the third home at the Drysdale Campus in Spring of 2017, the Reed Home, funded through the sale of the former Camdenton homes sold in 2011. Through a series of misfortunes, the construction of this home was delayed
beyond our control. Finally, in the Fall of 2018, the excavation was completed and the basement prepared. God’s people came through again, providing a volunteer rough-in crew to “shelterin” the home in March 2019. Jake Sbabo from Rolla, Missouri, provided his crew to accomplish this huge step forward.

Even while we planned for the expansion of the Drysdale campus, God presented us with an incredible opportunity. A Mennonite family just a block away (who has been incredible neighbors) presented us with an opportunity to rent one of their homes, a five-bedroom farmhouse. The Eades family moved from the La Monte campus in May, 2018, to reside there with
their six children, which soon grew to eight. RJ and Marie Bachtold were then able to begin their ministry at the LaMonte
campus. Yes! More children Rescued and Restored!

And, a bonus!
While the construction of these homes progressed, God prompted a generous couple to donate their beautiful home and
70 acres in October of 2018 to further the ministry. Bill and Marilyn Seibert built their dream retirement home near Lincoln, Missouri, twenty years ago with Show-Me in mind, knowing that when they were no longer able to use it, Show-Me could.
The Watkins family moved from the Knob Noster home to this four-bedroom, five-bathroom home in November, 2018. New
houseparents, Tim and Sarah Scott, move into the Knob Noster home in June, 2019 to begin a family – and rescue & restore even more!

Debt-free? No doubt!
Since paying off all debts in 2014, we’re committed to remaining debt-free as we grow. Funds are on-hand for everything currently under-construction, and we’ll continue that way.

Also, we’re not asking donors for pledges, as they often divert their current donations from the operating funds to the building
funds, leaving us unable to utilize the new facilities. Rather, we developed the strategy of asking those interested and capable to make one-time gifts. And, it’s working!

And a word about operating funds. As we grow the facilities here, we likewise need to grow the operating funds. We estimate the cost to operate a home each month is $5,000; last year, the Lord provided a surplus of $61,000 (=$5,000+ per month)! Praise God, He’s making it clear that we can support another home!

Our God: glorified through His people!
All this in the last two years while I “sat back and watched!” Years ago as I wrestled with the overwhelming task God gave me as Director of Show-Me, my Father gently and clearly told me, “You take care of the kids; I’ll take care of everything else.” He receives great glory working through His people, I just need to step out of the way!

How about you? How does our Father accomplish His great work through you and the resources He’s given you?
Send me a note – I would be honored to hear and rejoice with you! 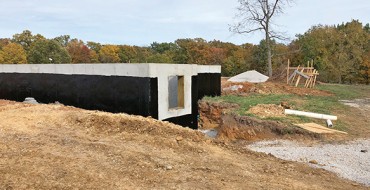 House 7 under construction at our main campus 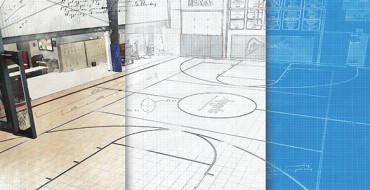 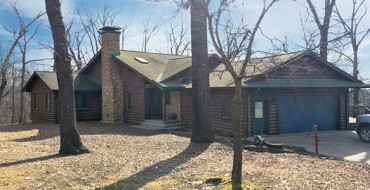 Our Newest Home in Lincoln, MO 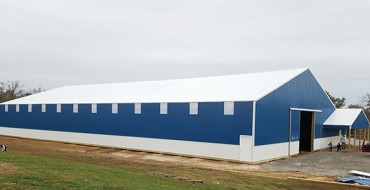 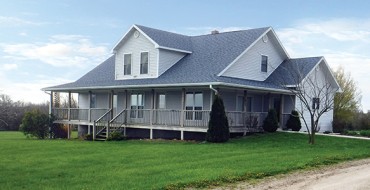