“Show-Me was like winning the lottery,” Tristian Wieboldt explained.

“Out of the hundreds of kids that apply [to Show-Me], only a few are lucky enough to be chosen. Most people hope for a second chance at life; I was blessed to have a third.”

Blessed is not how Tristian would have described his life five years ago. Cursed is more accurate.

Tristian felt no matter what he did, he would always carry the baggage of the dysfunctional family in which he was born. It ran in his bloodline; he could not escape it. It defined him and limited what he could become. He bore a heavy burden.

Even before he took his first breath, life seemed stacked against Tristian. Due to his mother’s addiction, Tristian was born prematurely with cocaine in his system. He never knew his father. Shortly after his birth, his mother handed her newborn boy to her sister, Amy, to watch while she went off to a sobriety meeting. When she could not be reached later, Amy was forced to call the authorities, and Tristian was put into the foster care system.

Amy, who had recently graduated with her master’s degree in social work, did not want Tristian to become a number lost in the system. She knew the impact that a loving, stable, Christian family could make. Even though she had grown up with the same addicted mother as her sister, Amy was able to break the cycle. She received love and guidance from her youth pastor and his wife, who “adopted” her into their family. Fresh out of college and with a baby of their own on the way, Amy and James, her husband, began praying and preparing. A year later, their adopted 17-month-old son, Tristian, arrived in Missouri.

“To us, the decision was simple,” Amy remembered. “He was family. If we could take care of him, we should.” Life for the family would become anything but simple. From the very beginning, Tristian had a hard time fitting in. He did not want to be held or touched. He cried continually.

The tantrums as a toddler evolved into fights. Feeling out of place plagued him every day as he grew up. He may be the oldest of his four siblings, but he was not really a true member of the family. He was adopted. He was different. He couldn’t count on anyone but himself.

To survive, he put on a mask. On the outside, he would go through the motions to get what he wanted. No one could be trusted to see his inner self. “I feared that if people saw who I really was, they would leave me just like my mother did,” Tristian said. The closer someone tried to get, the more he pushed away. He withdrew into himself. He showed little emotion and had few friends.

Tristian struggled at school and at home. He lacked the ability to focus and had little self-control. He developed a habit of lying and stealing. Problems got worse as he grew older. Jealousy of his siblings turned to bottled anger, which eventually would explode. Discipline at home only seemed to aggravate the situation. The more Tristian found himself in trouble, the more he felt he was being singled out. No matter what words were said, all Tristian heard was “…because you are adopted.”

For over 10 years, the family tried everything they knew to help him including specialized teachers and professional counseling. Nothing seemed to work. “We started to feel more like police than parents,” Amy stated. Finally, when Tristian’s behavior escalated to the point of self-harm and threatened to unravel their whole family, they tried one last option: Show-Me Christian Youth Home. 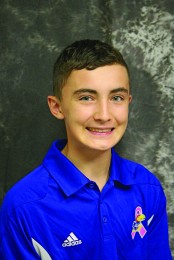 Lifting Up, Not Giving Up

Tristian’s counselor recommended Show-Me, knowing it would give him the structure, stability, and support he needed. Amy and James struggled to make the best decision for their son. “You feel like you are a failure as parents,” Amy stated. “What will other people say or think?”

As they walked the campus and met the families, they saw that Show-Me offered Tristian the opportunities and a wider community of support he needed, which could not be replicated in their home. Most important, he would still be part of a loving Christian family. “If we kept Tristian at home because of our fears, we were being selfish,” Amy remarked. “This was the best place for him to grow.” 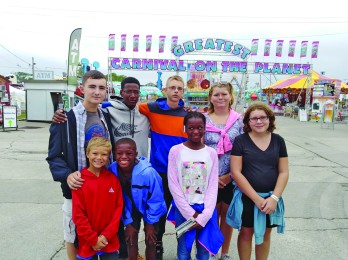 Tristian did not see it that way. He did not want to go to a youth home to live with a bunch of messed up kids that were going to judge him. “Just think of it as basic training,” James, his dad, told him. “Give it a year and let’s see where we are at.” Recognizing he had little choice, 13-year-old Tristian reluctantly agreed. To get home, he could go through the motions, again.

To his surprise, life at Show-Me was better than he thought. He liked his new family. No matter where they came from or what they did, his houseparents treated everyone like their own kid. His Show-Me brothers became his first friends and helped him get into the groove. “They were really accepting and didn’t judge me for my past,” Tristian said. “They were kids just like me.” He wasn’t different. These kids were all adopted into the Show-Me family.

Life outside of the home was better, too. The personalized structure of the classroom helped him focus and improve his grades. The smaller-sized school gave him the opportunity to play sports even as a 6th grader. His coaches and teammates encouraged him and kept him accountable.

Breakthrough on the Court

While the school and home life helped Tristian, his biggest growth occurred on the basketball court. The life lessons conveyed at home were reinforced through sports. Whereas Tristian sometimes resisted his parents’ directions, he craved feedback from his coach. He knew that the only way for him or the team to be the best was to learn to trust each other and work together. Trusting his coach’s way over his own produced better results. Practice wasn’t punishment, it was the path to a better you. Discipline and structure were actually love.

Sports motivated Tristian in ways that punishment never could. He knew his team counted on him. If he failed a test or acted out, he wouldn’t be able to be there for them.

From Thriving to Surviving

By his third year, Tristian seemed to be thriving. He caught up educationally. He matured. His behaviors improved. He had grown in confidence and felt in control of his actions. Things went well with the Wieboldts during home visits and holidays. The family was ready to be back together.

“Show-Me not only helped Tristian, it helped us become a healthier and happy family,” stated Amy. “It gave us all time to regroup, rethink, and learn to make better choices.” In April of 2016, Tristian left Show-Me to reunite with his Wieboldt family. 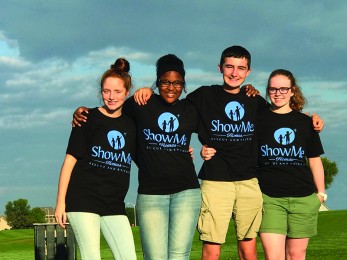 Unfortunately, the reunion failed. Tristian soon found himself floundering in his new freedom. Without the same structure and accountability, he began to revert to his survival instincts and slipped into his old behaviors.

“We told him that we wanted to have him home and be together, but if he thought Show-Me was the best place for him, then his family would support him,” Amy recounted. The decision would be Tristian’s to make.

Four months after he left, Tristian returned to Show-Me. Determined to embrace the opportunities and not just play the game, he started to genuinely mature as a young man and leader. He gave his life to Christ and was baptized in the summer of 2021. This May, he graduates high school and will pursue a career as an Army Airborne Combat Engineer. He also prays God will use him in some capacity to impact the lives of children in need like he once was.

He no longer sees God as an angry, distant, judgmental ruler who cursed him with a dysfunctional family. God is his heavenly father who loved him so much that He blessed him with multiple families.